From Sept 2001 until June of 2004 I worked at the Watkinson School in Hartford, CT. A co-ed independent school for grades 6-12th, the school’s mission is to help students shape their lives and the world around them. In doing so, students (and staff) are encouraged to pursue their passions.

At Watkinson I worked as the 9th grade infusion teacher in which I partnered with the 9th grade teachers to help them develop better teaching practice and met with individual students to help them develop better learning practice. In essence I served as a coach, helping people to reach their potential. I loved my time at Watkinson. For all that I gave to others, I received so much more. I doubt I could do the work that I do today if it wasn’t for the people and experience at the school.

Watkinson graduation is like none other I’ve ever attended. Part reunion, part tent revival and loads of hugs. They never have a graduation speaker, rather every member of the graduating class can have up to five minutes to speak, sing, dance, act, whatever.

Here is video of musician and actor (at Wat grad) Ben Harris performing one of Bob Dylan’s songs.

Jenny W., a member of Hartford Friends meeting (aka Quaker) shared her photographs and spoke articulately about how through a trip to Costa Rica she began to understand how white, privileged works for a young person like herself. 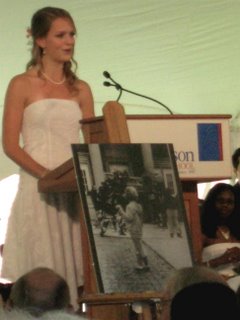 Afrika L., shared about how her Jamaican heritage along with her faith in God and the strength of her mother helped her to overcome the violence and despair in her community in Hartford’s North End. 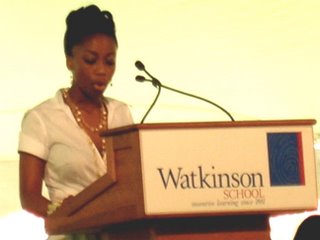 Sean F. shared his love of martial arts with us (and frightened some Watkinson folks on stage in the process.) Sean was one of the charter members of the Anime Club I started with some of the Wat students. 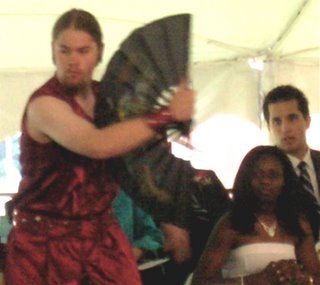 Shoshi C. shared a powerful speech where she talked about the many parts of her identity. Born of Colombian mother, as an infant she was adopted into a Jewish family and has since embraced the Jewish faith. Deaf from birth, she is a walking miracle, not only because of her many abilities as a student, artist and friend to many, but also because of her amazingingly thankful attitude. 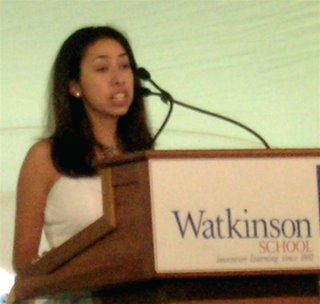 I received the greatest affirmation a teacher can ever get. At the Thursday night celebration of the seniors, Bryan R., a student I worked with for two years, appeared in a short film created by one of his fellow students. When asked about who was most influencial in his education, he said it was me. He said I helped him learn how to write. Ah, melts the heart and nearly makes me want to get back into the classroom.

After graduation, I joined the faculty and staff for a little get together. As I approached the Art Barn, thick clumps snow seemed to fall from the sky.

My friend, English teacher Darcy Purinton, gives her scientific explanation of the phenomenon.

And now your moment of zen… Sophie and Martin, Darcy’s daughter and her partner. 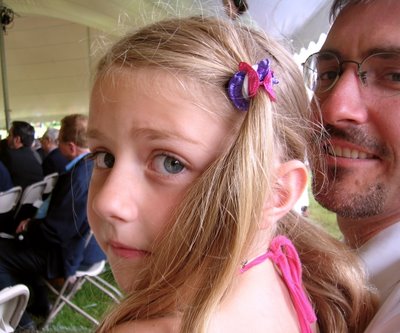 « Marvin on the Main Line
Marvin at the Strip Mall »