The program leaders at Love in Action (LIA) and in all the other ex-gay programs I attended (along with the counselors I saw and authors of the ex-gay books I read) believed in a development model leading to homosexual desire and activity. Although each ex-gay therapist or minister used different and methods often contrary to each other, they universally agreed 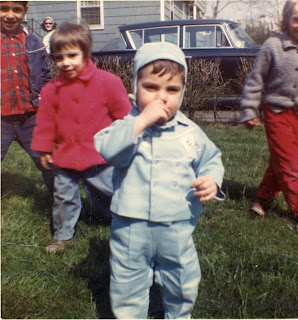 that boys became gay because of an “overbearing mother and an emotionally or physically absent dad.” In addition, they taught that sexual abuse contributed to same-sex attractions.

In LIA and elsewhere, the leadership made us create a mythology about ourselves based on the developmental template they placed before us. By mixing psycho-babble, scripture, and language from the AA 12-Step program, they constantly reinforced their authority over us. When any of us questioned the template they provided by stating our lives did not fit it, they insisted that we needed to look more deeply. They warned us, that as “addicts,” it was in our nature to deceive ourselves and minimize not only the consequences of our actions but also the causes.

Adhering to the belief that our parents failed us, the LIA program leaders then served as surrogate parents who attempted to undo the damage inflicted by our actual parents. During The Family and Friends Weekend, they not only confronted each participant with their development theories, they also pushed parents to admit that their child’s faulty development stemmed from a dysfunctional family structure.

The program buttressed the their teaching with the belief that everyone lives in a flawed sinful state. By being flawed and sinful parents, the program leaders reasoned that our folks ended up harming their own offspring. “Sin begets sin.” The staff then endeavored to lead the families in a corporate confession which included fathers of program participants confessing the ways they had ceded leadership to their wives. The Family and Friends Weekend thus operated under the notion that only by returning to the God-sanctioned patriarchy could the flawed son or daughter begin to experience success in divorcing themselves from homosexuality.

The Family and Friends Weekend created a climate of fear and shame, a toxic mix that made it difficult to think clearly. The environment placed us in a vulnerable state where we looked to the program leaders as authorities to lead us out of the mess stemming from our sinful nature and poor choices. When any parent or loved one questioned the teachings, program leaders responded with program jargon, scripture or pseudo-psychological language. The leaders stood as the final authority, almost as Gnostics who had come to the place of hidden knowledge. They then attempted to share that knowledge with those of us still darkened by ignorance and inner rebellion.

I only learned years later that my parents experienced deep personal distress as a result of their first Family and Friends Weekend. My sister told me that for the first two weeks after they returned home, “there was something wrong with Mom and Dad.” They seemed depressed and spoke little. It even affected their appetite. She said it was like a light had gone out in them. She felt so concerned that she called the LIA office and demanded, “What did you do to my parents?” LIA never followed up.

Years later when I told one of the LIA leaders who had been part of that weekend about my parents’ distress and how it resulted in years of self-doubts and emotional upheaval, he responded with program jargon and put the blame back on my parents by stating, “Healthy people ask for what they need.” He suggested that since my parents were not healthy to begin with, they didn’t know how to seek the help they needed.

By constantly turning the blame around and pointing to the flawed nature in each one of us, the program leaders chronically avoid responsibility for the unethical and harmful practices and theories they promote and provide. I do not know if the current staff of Love in Action still forces parents and participants through the shameful and harmful steps of The Family and Friends Weekend. If they genuinely care for people and about pastoral care, I invite them to listen to some of our stories to reconsider their methods before they do more harm.

See a video about The Family & Friends Weekend.
Read an article at Beyond Ex-Gay.

« Lambeth, Quakers and Ex-Gays on the Radio
Meaning »