The False Image of LIA 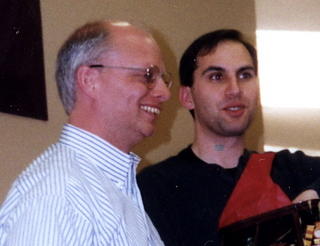 By now many have heard that Tennessee’s Department of Mental Health & Developmental Disabilities determined that the “ex-gay” program, Love in Action, is operating two “unlicensed mental health supportive living facilities”. LIA has until Friday, September 23 to respond.

If LIA statements in Eartha Jane Melzer’s article are indicative to how the “change” program might respond, we may see LIA change right before our eyes from a clinical mental health compound into a house of praise and worship.

Gerard Wellman, business administrator for Love in Action, and a former Love in Action client, said Sept. 13 that the organization has been in contact with the state but would not comment further.

“As a church, we operate under a different set of rules,” Wellman said.

What is even more curious is that according to LIA’s site only one staff member advertises as a licensed minister–The Rev. John Smid.
But what does that really mean?

When parents with concerns about a child’s sexual and spiritual welfare turn to someone with the title of minister, they may do so with certain assumptions. They may assume that a minister…

They may further assume that only after a supervised internship and an intensive review by a church board, that someone can receive the honor and responsibility to serve as an ordained minister.

That’s what the majority of ministers in the US do to earn the credibility to lead a congregation and give out spiritual advice.

But John Smid never attended seminary. In fact, the highest degree he holds is a high school diploma. He was handed the title of “Rev.” by Germantown Baptist Church.

John Smid, who never took psych 101 or any college-level counseling course, denounces the American Psychiartic Association’s professional assessment of homosexuality. Not only has he been running a mental health facility without a license, he has done so without the training.

John Smid, who never attended seminary or even audited an undergraduate Bible class, publically expounds on what the Bible has to say about same-gender loving people and false images.

The Rev. John Smid presents a false image of himself to the world. I can overlook the full head of hair he added to his look a couple of years ago, (apparently to hide a small unsightly scar from surgery), but to claim that LIA is a church or a ministry because the execuitve director received the title of minister (without receiving any of the training) smacks of deception.

In the end, LIA may continue to carry on without a license as they parade as a “ministry”. Although they may ultimately be allowed to legally operate behind a flimsy fabricated religious cloth, what they do can never be called ethical.

While in the LIA program, we were expected to confront each other when we suspected a fellow participant of hiding behind a false image. We were told that homosexuals often hid behind masks to cover our true identities. (We even had to shave everyday so that we did not hide behind our facial hair.) The stafff instructed that we used false images to make us look better in the eyes of others. We used these fasle images to cover over our insecurities.

John Smid proudly displays the title of Rev. and refers to himself as a licensed minster in statements to the press, and in so doing deceives people to believe that he and the program he leads are authorities in regards to therapy, mental health and spiritual well-being.

In words I learned during my two years in LIA, I say to John Smid, “I want to challenge about your false image.”

« Calling all Fomer LIA Participants
Fish & Chips for the Vegan »