The Day the Indians Discovered Columbus 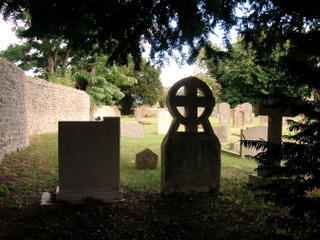 When I studied at City College of NY, I took a Carribbean Studies class that exploded many misconceptions and myths planted in my head.
It was the first time I learned that “the Indians” Columbus discovered had names. Taino. Arawak. Carib.

I learned that many English words come from the Taino language.
(hammock, potato, savannah and hurricane)

I learned that women sometimes served as chiefs or cacique.

I learned that the Tainos built canoes that could hold 100 people.

I learned that the Spainards enslaved the Tainos, infected them with deadly diseases, tortured and butchered runaways, and raped the women.

Bartoloméde Las Casas, a Spanish priest, documented some of the atrocities against the native people at the hands of his fellow Spaniards. I feel sick everytime I read his words.

They forced their way into native settlements, slaughtering everyone they found there, including small children, old men, pregnant women, and even women who had just given birth. They hacked them to pieces, slicing open their bellies with their swords as though they were so many sheep herded into a pen.

They even laid wagers on whether they could manage to slice a man in two at a stroke, or cut an individual’s head from his body, or disembowel him with a single blow of their axes.

They grabbed suckling infants by the feet and, ripping them from their mothers’ breasts, dashed them headlong against the rocks. Others, laughing and joking all the while, threw them over their shoulders into a river, shouting: ‘Wriggle, you little perisher.’

While crying out against the injustices done to the Tainos, Las Casas opened the door to injustice against the people of Africa by proposing that Africans be used as slaved instead of the dwindling Taino population.

In the USA we celebrate only two national holidays to honor specific men.

This so clearly reflects the bi-polar nature of American foreign and domestic policy.

A Day to mourn.
A Day to speak out against the genocide of an ancient people
A Day to acknowledge and speak out against injustice done to the Tainos, Africans and their descendents.
A Day like every other day when we can make a difference to undo some of the wrongs that have been done.

« You Know You Want It
Who is Silencing the Ex-Gays? »