Learning in the Backseat Do you drive? If so, I imagine you remember your first driving lesson. Where I grew up in rural New York, one could get a driver’s permit at age 16. My birthday is dab smack in the middle of February, and I wasted no time getting behind the wheel. That first time though is memorable for lots of reasons. I write about that driving lesson and others in the current issue of The Porch magazine.

When I was 16 years old, two half-drunk men in a car more than twice my age taught me how to drive on a frozen lake. One of the men, my dad, Pete Toscano, had helped a widow in her distress by taking a 1950 Ford four-door sedan off her hands. Then he gave me this classic automobile as a birthday gift. The car looked like a small black and white tank and weighed about as much.

One thing I learned on that frozen lake was how to drive in the most extreme weather conditions. Back in 2013 my man, Glen Retief, and I took a cross-continental road trip that included a harrowing ride over the Canadian Rockies in a snowstorm. My dad had passed away the year before, and I inherited his car. I imagined he would have been proud to see his son brave the storm without a hitch. Glen, who grew up in sunny South Africa, seemed genuinely terrified by the steep slippery road and in awe of my ability to stay on the road. 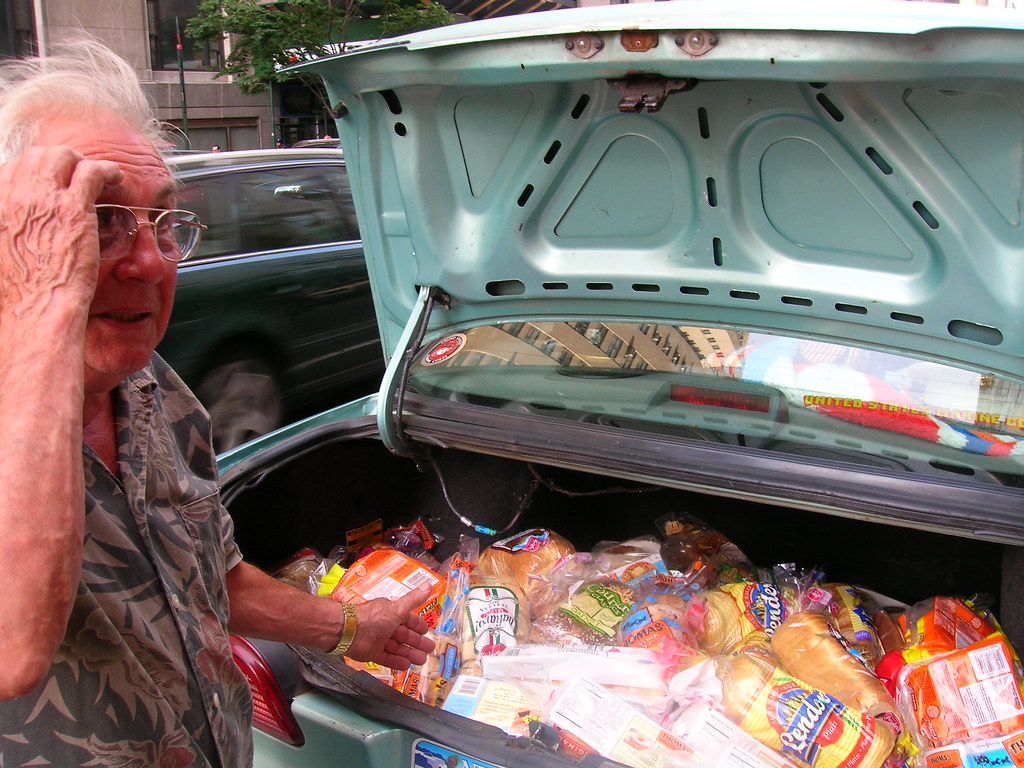 My dad, Pete Toscano, with a trunk load of bread

In addition to learning all weather driving techniques, my dad taught me many other lessons in the car, most of which had very little to do with driving.

That was the first and last driving lesson with my dad. The rest were outsourced to Coach Elko who taught drivers’ ed. I still learned things from observing my dad in the driver’s seat. For instance, whenever he drove at night on our country roads, he always used his high beams. When he saw the glow of headlights ahead, he diligently dimmed them down. But God help the drivers who failed to dim their lights! My dad blasted them with a string of expletives. Then he flashed his high beams one time as a warning shot across the hood. If the oncoming driver did not relent and brazenly kept the high beams on, my dad flipped his high beams back on—a nighttime, road rage, middle finger.

In writing the reflection of my first driving lessons and the other lessons learned, I realized how much my dad taught me about empathy. It is an important part of my performance art to step into other people’s shoes. Just like my performance has been influenced by my dad’s kooky humor, his ability to empathize with others is also present.

You can read all of my piece, Driving Lessons, for free over at The Porch. If you are looking for a magazine that provides thoughtful discussion about difficult and beautiful things, consider subscribing to The Porch. You may also want to submit some of your own writing.