Sweden is SO Gay

Yes, just like the conservative anti-gay leaders in the US have warned, liberalize your views on same-sex partnership and all hell breaks loose! We have the terrifyingly instructive example of Sweden that introduced the dangerous practice of same-sex registered partners back in 1995. Then came domestic partnership and coming soon full-fledge marriage between people of the same sex.

Slippery slope indeed. First you marry off humans of the same-sex, what next?

On the ground here in Sweden, I’ve been able to witness firsthand the devastating toll same-sex partnership is having on this once normal, heterosexual, family value Viking people.

Not content with same-sex households, they now allow same-gender houses to form partnerships. 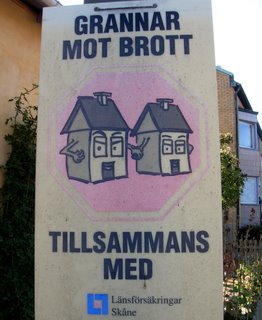 And although the sign says they are not allowed on the lawn, same-sex animal marriages are strongly supported. 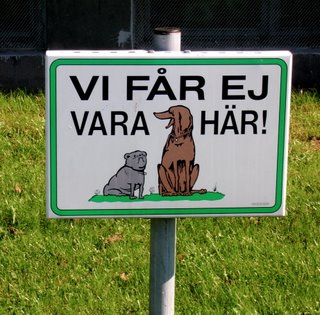 Gay identity stamps itself everywhere. This isn’t just any old paint store. Flaunting the rainbow flag makes this a GAY paint store. Färgservice? Come on, really what is that all about? 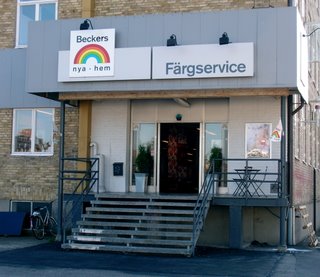 Legalized same-sex partnership has become so codified, that when I entered Sweden specially trained immigration officials uncovered my gayness and immediately assigned me a husband. I call him Sven, but his real name is Daniel. Of course he already has a boyfriend, so this raises my suspicions about polyamory in this country. 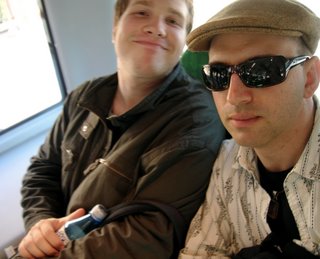 All the worse nightmare scenarios have come true here in this land of celebrated, legally recognized same-sex partnerships. In the center of Malmö, they erected a shrine to commemorate the passing of their various corrupt GAY laws. Of course this particular structure speaks mostly to gay men and bisexuals. A fitting design for the lesbians has yet to be installed. 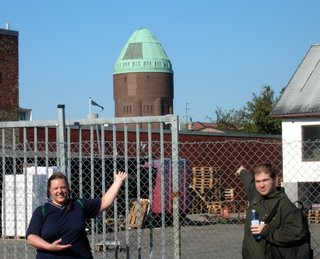 USA–takes this as a warning. Legalized same-sex partnership is the “gateway” union that opens the doors to who knows what. Next thing you know you have some crazy person marrying a vegetable yeast paste. Now that is sick!

And where is the ex-gay movement in all of this???? Going to the Exodus Global Alliance web site, in search of some help here in Europe, one reads the cryptic message,
This regional office is being reorganized. Please contact the office in Canada during the interim.
An interim that began in around 1996 when Jeremy Marks went off the rails.

No worries, the ex-gay movement still operates under the radar here in Northern Europe through anti-gay religious groups and faith communities and the ever encompassing reach of heterosexism. One bisexual member of the gay theater group that is hosting my visiting, mentioned a recent study which 18% of the youth in Swedish school consider homosexuality a disease. She was shocked and thought it was a very high number.

A coalition of Swedish conservative parties just swept into power this week, and although not nearly as fascist as certain conservative leaders in large countries that speak English and go to war for oil while limiting the rights of same-sex couples, queer people I met here have have their concerns.

And these past two week hearing the stories of queer folks in England, Wales, Sweden and Denmark, it is still true that some parents of every faith and of no faith at all still reject their lesbian, gay, bisexual and transgender children, even this liberal bastion of same-sex partnership.

(Today I present, Talkin’ Trash in the Homo No Mo Halfway House, a talk in various forms at universities, academic conferences, churches, Christian festivals and now Pride events. In it I talk about what the ex-gay movement is, why I sought change for 17 years from my unwanted same-sex desires and how heterosexism, power and privilege and the use of language still holds sway over many who seek out ex-gay experiences.

I present the play Doin’ Time in the Homo No Mo Halfway House tomorrow here in Malmö then off to Scotland on Monday where I will meet with some gay activists later in the week and also have a private meeting with a group of moderately conservative ministers who are willing to discuss with me the pastoral needs of LGBT individuals and the people who love them.

More photos on the way too!)