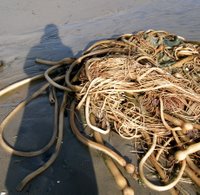 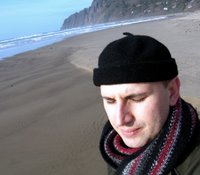 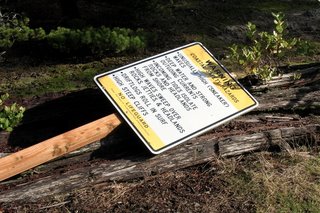 I spent the weekend with the Anawim Community, a group of gay Christo-centric men who have met together regularly for meals, Bible reflection and silent prayer for over eight years. They also hold an annual retreat on the Oregon coast at a Methodist retreat center (one of the few religious run centers that is open and affirming to queer folks.)

As the retreat leader, I gave a talk about my own spiritual journey from a private and powerful encounter with God as a teen to my cultural conversion to Fundamentalism and Conservatism to my odyssey in the Ex-Gay Movement to my coming out of a biblically induced coma to the spiritual shift to an inward faith based on being still before God often without words. Sometimes words just get in the way. And this got me talking about my relationship with the Religious Society of Friends (Quakers).

We also did a Bibliodrama, a form of Bible study through drama, where you don’t simply study the passage, but you embody it. By walking through step by step, we saw so much that gets lost in just reading and talking. We looked at the story where a woman with a bleeding problem finds healing when she transgresses by touching Jesus (she was considered unclean.) The crazy thing is that Jesus didn’t know who touched him, and the scene was so chaotic. Most people didn’t even see the main action. The disciples were unsure and overly protective. The crowd mobbed Jesus pushing him this way and that while he sought to focus on the essentials.

During the weekend we had some great walks on the beach where I witnessed bull kelp for the first time ever. Crazy stuff like from another planet. On Saturday the sun was so bright after weeks of clouds and darkness, I had to squint the whole afternoon but loved the feeling of the warmth on my face.

Last night at the Multnomah Friend’s house, I led a presentation called, A Non-Violent Response to the War of Terror. In a large part it had little to do with the war in Iraq and much more to do with how we can approach our opponents with vulnerability and hope. Although it seems counter-intuitive for many of us, it can open doors to actual dialog.

Now I prep for the premiere of my newest play, The Re-Education of George W. Bush, which I will perform right after the US President’s State of the Union address. Tee hee.

Later today or this weekend I will write about my Travel Minute that just got passed at my local Quaker meeting. I love many Quaker practices and how structures have been long established to help people figure out their place in the world and then get the on-going support and tools to do that work.

« Doin’ Time in Portland, Oregon
Update on a Straight Spouse »