A local conservative church here in Crieff, Scotland asked members to create floral arrangements to symbolize the birth of Jesus. These could be traditional, literal representations of the stable with Jesus in the manger, or something more abstract. A friend of mine, who is a member of the church, invited me to design and construct one with him.

Some days later I envisioned a stable made of rusted, broken, ugly, inorganic materials with a single sprout of new life wedged into the rubble. (The emergence of something New in the midst of the old world-order of brokenness and decay).

On a walk, we found an old dump pile loaded with broken glass, rusted metal and chicken wire. In another place we found a piece of barbed wire on a fence. My friend suggested a single lily nestled in highland moss instead of the sprout I initially suggested.

Below you can see the result (click on the photos for a larger view).

Right now this same church faces a crisis and a test. One of their members just came out to them as gay. The pastor knew for a few years, but as long as the man stayed relatively silent about it, the church had no problem. Suddenly, as an openly gay man, some members of the church feel they need to “manage” the situation.

One elder tried to persuade the man to step down from his elected position as worship coordinator. The pastor pressured the man to stand aside and not lead the pre-Christmas service that he had been asked to organize and lead weeks before. More meetings will take place over the next few weeks with the worse case scenario that this gay man will be removed from the membership roles and forbidden to serve the church in any way and only just allowed to attend services as a guest.

This serves as a test for the church. Suddenly the Outsider, the Alien, the Other stands among them. Do they rely only on their assumptions and ignorance and chuck him out like an unwanted and inconvenient pile of rubbish? Or do they labor to love this man, to understand his world, to recognize the years of work he has done to embrace both Christ and his sexuality?

If God were a novelist, I doubt God could script it much better than this. The church gathers to celebrate the birth of the OTHER among them, the Stranger Savior, who religious leaders ultimately execute and the Church then embraces as the cosmic scapegoat.

Parallel to this celebration, a man, a brother, reveals he is not exactly who they always imagined, but something more, something different, something new for them (or perhaps something they have been avoiding and managing for years). Will they embrace this new part of the person among them and allow their understanding of him and the scriptures to grow?

The ending remains unclear. Perhaps we will see a Christmas miracle and the appearance of wise women and wise men who will recognize Christ in their midst in each and every member of their community, even the queer ones. 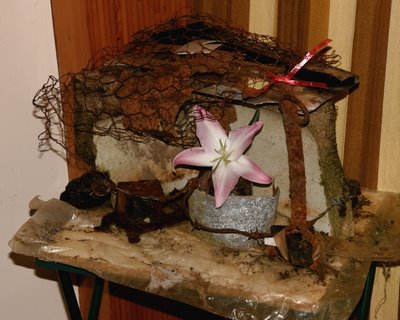 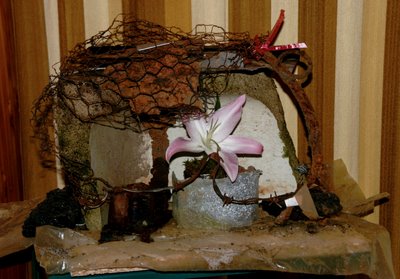 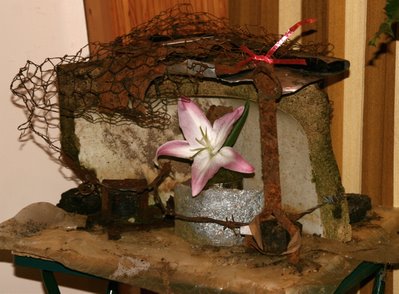