From 1st Grade until 12 Grade I went to Narrowsburg Central Public Rural School. It is a huge name for such a small school. With less than 360 students from K-12, my graduation class of 36 was one of the largest. 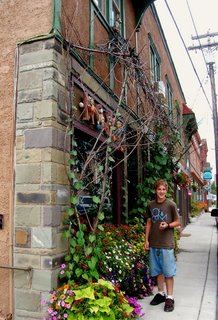 The name Narrowsburg, I was once told, has to do with the fact that the narrowest part of the Delaware River winds through the town (it then opens to the widest part, but somehow they focused on the narrow portion). But growing up it was how narrow minded the town and school felt to me that really stood out and influenced me.

I never knew of any openly gay adults when I was a kid in the late 70’s and and 80’s. There were always gays and rumors of gay, but they never came out in the sunlight. They might as well have been vampires the way people spoke of same-gender loving people.

But how times have changed! Stroll down Main Street and find quaint antique stories, first class galleries, cafes and posh restaurants. That and a very clear gay male presence. In fact, four of the dozen or so main businesses on Main Street are owned and operated by openly gay males and male couples.

My favorite is Mole Island Bears by bear master Kelly Dean. He sells his fully moveable and carefully crafted animals all over the world, but keeps his studio and store in Narrowsburg. 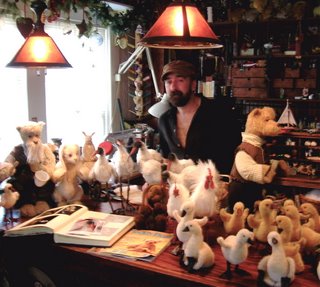 I always get wine at Stanley and Mike’s store adjacent to their cafe. And a new coffee shop owned by two younger gay men is due to open in the next few months.

Driving in my Friend Elenor’s hippy Quakermobile, my nephew Greg and I spent a little time browsing in Narrowsburg. I bought a two-disk Sonny & Cher 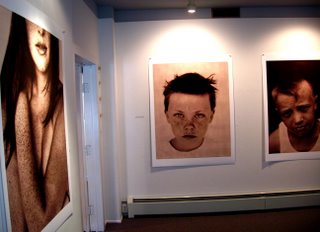 album (that’s an LP record for some of the younger folks) and a bottle of Bodega Norton’s Malbec wine (one of my favorite wines for under $10). We also popped into the Charles Maraia’s photo exhibit “Freckles” at the Delaware Valley Art Alliance, (they are also staging the opera Aida this week)

Such a cool town, with a little more visible presence of lesbians and trans folks, they just may have to change the name.