Yesterday and today I hung out with the coolest people! Regan DuCass, an amazing black woman and straight ally (and so much more), joined me for lunch and brought along Jamiel Terry, the gay son of anti-abortion, anti-gay activist, Randall Terry. Sitting with the two of them and soaking in their wisdom and insight came as such a gift to me. 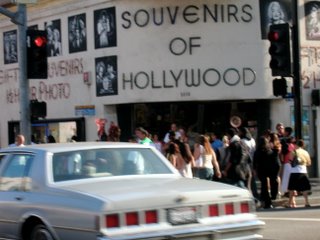 I did not tell Jamiel that when I was a born-again, conservative Christian and a Republican, that Jamiel’s father had been one of my heroes. I remember when Randall Terry presented a dead fetus to then governor Bill Clinton in the run-up to the preseidency. At church the following Sunday we celebrated the act. (And Jesus says, “Forgive them Father for they knew not what they did.)

Jamiel came out in a very public way, and sadly his father has reacted badly and rejected his son. Shame, because Jamiel is a powerhouse of intellect and passion and insight, and together with Regan, a force of nature herself, they create the perfect storm. 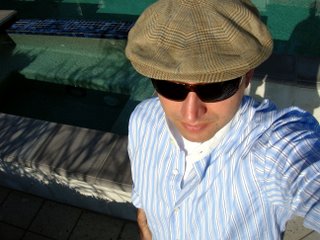 In addition to rehearsing for tonight’s show, I had lunch with Steve Schalchlin, a playwright, actor, musician, blogger (one of the first!) and long-time AIDS survivor (living in the Bonus Round). With his handsome partner, Jim Brochu (who helped us sort out our elaborate lunch plans), wrote the musical, THE BIG VOICE: God or Merman?.

Steve also helped to start Bridges Across the Divide, an attempt to build an on-line community and discussion between ex-gays and gays. He spoke eloquently about how open many ex-gays were to discuss issues but with the politicalization of the movement, particularly with the funding by large groups like Focus on the Faggot, um Family. He writes about some of this history in his current blog entry.

I love this photo of Steve and me. Notice the homo halo emanating from him. I entitle this photo–Touched by a faggot. 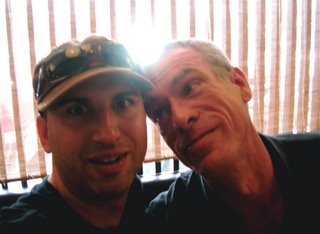 Steve and one of my hosts, C. Todd White, spoke at length about the history of the California gay rights struggle that goes back to the 50’s and early 60’s. Steve states that our people have a history worth exploring, essential in fact. Todd, an anthropologist who does ethnographic studies into queeer history, shared about the challenges of finding people who will support history projects. Lots of folks like to get dressed up for a party and have fun. Seems we need to invest in preserving our past as we build for the future.

Sitting with Todd and Steve (below) at lunch today and with Regan and Jamiel yesterday, I felt so very honored to sit at the feet of these masters as they share their stories and insights. I am blessed (oh and the food was great too!) 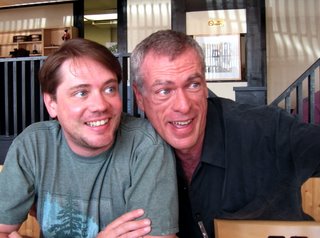