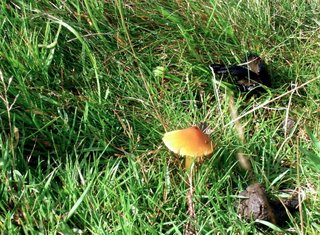 Reporting to you live (but only just awoken) from Southern Illinois. I have a show here tonight and will be joined by two former Love in Action participants–Bob Painter and J! I also get to see a former student of mine from my times at the Watkinson School. This afternoon I will have lunch with a Christian group then I will speak in a Sociology class.

I never mentioned the details on the blog, but last Wednesday I presented at Mt. Holyoke College in Massachusetts. It was a real Quaker affair. One of my Quaker buddies, Althea, who I knew from the Young Friends programs, invited me to come and present my Homo No Mo play. Other Young Friends came from area schools and Bill and Bobby Taylor of my support committee gave me a ride and held me in the Light throughout my presentation.

Mt. Holyoke is one of the best and most progressive liberal arts schools in the nation (they put the liberal in liberal arts). All women with some trans men, I really wondered how my message would fit in. So much of the ex-gay experience is a white male experience–particularly at Love in Action.

Instead of doing the play, I suggested to Althea that I do my presentation, Talkin’ Trash in the Homo No Mo Halfway House. In that talk I bring up women’s issues and the ex-gay approach to trans issues (which is to basically ignore them–kinda like the mainstream gay and lesbian community). Thanks to folks like Christine and Peggy and others, I have a clearer picture of what happens for women in the ex-gay world.

Although tentative at first, in my presentations I’ve begun to speak out more and more about my faith journey as a gay Christian. Organizers often say things like, “This isn’t a religious community, so you don’t want to talk too much about that stuff.” But to suppress that part of my story would be like suppressing the gay part. Just like I am wired to like guys, I am wired for God (well not in the sexual way–you know what I mean).

It seems harder to come out Christian among an LGBT crowd than it is to come out gay at church. But to deny the Jesus part of me would be just as harmful as if I were to deny the gay part. It is part of my identity, part of me. And to present anything other would be dishonest.

Perhaps it is the Quaker testimony of integrity that helps fuel my willingness to step up and share my faith (even though as Quakers I feel we are discouraged from sharing our faith too vocally with non-Quakers or even with fellow Friends). That coupled with the healthy examples I have seen at Quaker meeting of people who have fully integrated their faith with the rest of their lives.

John Humphries (a member of my support committee) went to Iraq as a direct result of his faith and interactions with the divine. His activism springs from his faith journey, just like the way he and his family create community and conserve energy and develop their musical skills. It is all connected.

During my closing remarks at the presentation at Mt. Holyoke I asked.

Just like in so many settings where I have talked about my faith, people came up to me and said, Thank you so much for sharing your faith in your presentation. I too have faith but feel so silenced talking about it.

I am seeing more and more that “coming out” is not just about the gay part of me, but embracing and affirming all parts of me–the Quaker, the vegan, the artist, the Jesus lover and so much more.