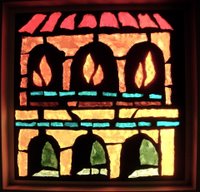 After reading about Pam and Jay‘s updates of web links on their blogs, I felt compelled to do update my own. I decided to list all the sites I monitor daily. (Thank the Internet gods for RSS feeds!)

They are NOT in order of importance, and I did not create headings and categories to help organize them. Mostly because I was too lazy and worried that I would mess something up with the html code, but also because I don’t necessarily see these sites as “gay,” “ex-gay,” “Quaker,” “gay Christian,” etc. It’s fine if someone does, but I think in a more holistic way.

When considering joining a Quaker web ring and then when discussing a particular post that a Friend thought I had wanted placed on a Quaker aggregate site, I discovered that some do not consider my blog a “Quaker site”. They define Quaker sites as ones written by Quakers addressing Quakerism exclusively. And judging by that definition, my site is NOT Quaker. I am a Quaker writing about faith, gay stuff, gender, the environment, family, the ex-gay movement, war, travels, friends, Friends, my gadgets, oh and Quakerism.

I cannot section myself off to JUST write about Quakerism. In fact, that runs counter to my understanding of Quakerism as a holistic faith experience. I am not sometimes gay, sometimes Christian, sometimes Quaker, sometimes whatever. I am always Quaker. Everything I write is informed and influenced by my faith as well as my sexuality. Other factors come into play, but for me, being a Christ-centered Quaker affects most of what I do on my blog and how I do it.

Some label me as an ex-ex-gay or a “gay Christian”. (and I sometimes label myself that way too) Yes, that is part of who I am, and yes, I write loads about that stuff, but too many people may decide to listen to me or not based on how they feel their identity is harmonious or in conflict with my own.

So the links I listed–>some are trans folks, Christians, pagans, ex-gays, ex-ex-gays, heterosexuals, etc. I suggest you pick one that you don’t know, then have a listen to the person and not the identity. Truth is truth no matter who says it.

Oh, and if a link is bad or wrong, let me know. I will add more (I know I left some off) but I am html’ed out.